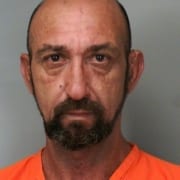 Polk County jury trials resumed this week after being paused for several weeks due to COVID.  In a trial on Wednesday, jurors convicted Russell Lewis Botts of Attempted Armed Robbery with a Deadly Weapon.

In November of 2019, Botts and an accomplice tried to rob a man who was walking home from work near Griffin Road in Lakeland.  Botts armed himself with a knife.  Jurors deliberated for 8 minutes before finding Botts guilty as charged.  State Attorney Brian Haas stated on Wednesday that criminals like Russell Botts are a danger to our community and due to his actions in this case, Botts has earned himself a Florida State Prison sentence.   Botts will be sentenced at an upcoming hearing.  ASA Michael Nutter and the Lakeland Police Department worked together to secure the conviction.