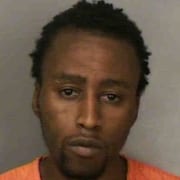 Joshua Miller’s victim woke up to him pulling her clothes off. 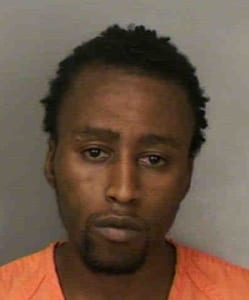 The victim tried to push Miller off of her and told him to stop, but he refused. Miller then climbed on top of her and forced her to have sex with him.

After about 45 minutes of deliberation, a jury convicted Miller on March 13 of sexual battery, possession of cannabis, and possession of drug paraphernalia. He is facing up to 15 years in prison and will be sentenced on April 12.

Assistant State Attorney Jessica Embree walked jurors through the events that led up to the rape.

On Dec. 6, 2014, some of the victim’s friends came over to her house to smoke and drink. She fell asleep on her couch while a few of her friends were still present.

The victim then woke up to Miller pulling her pants off and performing a sex act on her. She pushed him away and told him to stop, but he ignored her and forced himself on her instead.

After the assault, the victim went to the Emergency Room, where a rape kit was used to collect possible DNA.

When Miller was first questioned by law enforcement, he claimed he didn’t know the victim at all.

He eventually changed his story and admitted he knew her and that he performed a sex act on her while she was not fully conscious. Miller then told law enforcement he planned to have vaginal sex with the victim but changed his mind and performed a different sex act as she was still attempting to push him away.

DNA results from the rape kit showed that Miller was a match and that he lied about not having vaginal sex with the victim.

During closing arguments, the defense attempted to blame the victim for drinking alcohol at home and passing out on the couch. He claimed she could not know what happened that night because she was “blacked out.”

But Embree reminded the jury that the victim was conscious when she attempted to stop the assault.

Embree told jurors that being vulnerable did not give Miller the right to turn a sleeping woman into a victim.

“She (the victim) got drunk and passed out in her own home. That’s the one place you should be able to do that and be safe,” Embree said.

“Miller took advantage of the victim by waiting until she was unconscious,” Embree said. “Being vulnerable doesn’t make her any less of a victim or make this any less of a crime.”