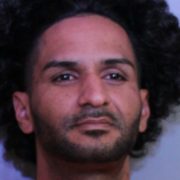 Gabriel Torres-Martinez, 34, was sentenced to 30 Years Florida State Prison. A Polk County Jury found Torres-Martinez guilty of Attempted Murder in the Second Degree, and Tampering with a Witness. On February 13th, 2020, the victim was sitting in his girlfriend’s front yard when the defendant drove up and started a verbal altercation that soon became physical. Torres-Martinez struck the victim on the head with a firearm and shot him twice striking him in both legs.  After the incident, the defendant made threats to the victim. Thankfully the victim recovered. State Attorney Brian Haas thanks Assistant State Attorney Courtney Durden and the Polk County Sheriff’s Office for their work on this case.