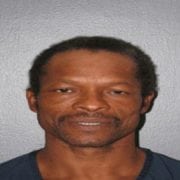 Marvin Cook took advantage of two little girls and bribed them with money to keep quiet. Cook was convicted in October of sexual battery on a child under 12, four counts of lewd molestation, and one count of escape. He was designated a sexual predator and a dangerous sexual felony offender.

On April 24, Cook was sentenced to life in prison.

Two girls and two boys were playing in the street near Cook’s house in May of 2013, and they asked him for money to go to the neighborhood store. Cook gave the boys money and sent them on their way, but he told the girls they needed to play a game with him before they received theirs.

Cook lured the girls into his home and performed sexual acts on them. He told them not to tell their parents or the other little boys they were with, and once he gave them their money, he sent the girls to the store.

Months later, Cook was mowing a church lawn when he spotted the girls walking by. He lured them into the church, performed sexual acts on them, and gave them more money in exchange for their silence.

Shortly after the second incident, one victim’s grandmother overheard her talking to her brother, who was with her the first time Cook lured the girls into his house. She heard the two acknowledge that Cook touched her inappropriately.

Both of the victims were taken to the Hardee County Sheriff’s Office, where they identified Cook in a photo pack as the man who molested them.

When the Sheriff’s Office brought Cook in for questioning, he denied that anything had happened. As Cook was being moved from the investigation room to the detention room, they walked through the main lobby, and Cook took off running.

He made it off of HSCO property and into a nearby neighborhood before he was apprehended.

During trial, the defense argued that the victims identified the wrong man from the photo pack as the one who molested them. But Stamey reminded jurors that when both girls took the stand, they pointed to Cook in the courtroom and identified him.

The defense also claimed that the victims made up the story and were not telling the truth.

“Why would they lie?” Stamey asked jurors in his closing arguments. “They got yanked out of school and had to talk about personal things with a stranger. They had to testify to strangers nearly four years later. What reward does that give them? What good has come out of this for the girls?”