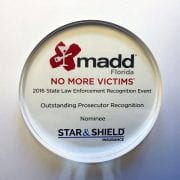 She was one of 13 prosecutors recognized from across the state of Florida.

PCSO Sgt. Scott Maginn’s MADD nomination letter said that in 2015 Daugustinis was a lead prosecutor in Polk County, prosecuting and convicting DUI offenders. Of the five cases Daugustinis took to trial, all received guilty verdicts. “This was due to her extensive preparation and knowledge of DUI procedures,” Maginn wrote.

He praised her for having a “positive, infectious demeanor” and for always working to perfect her craft through continued learning and communication with DUI experts at the Sheriff’s Office. Maginn wrote that Daugustinis “is an invaluable part of the fight to reduce impaired driving, traffic crashes and fatalities in Polk County.” Assistant State Attorney Randi Daugustinis, left, and Deputy Ronald Brackley pose for a photo with their awards at the MADD Statewide Law Enforcement Recognition dinner in Fort Lauderdale Friday evening. Brackley was one of the deputies who nominated Daugustinis for her award.

PCSO Deputy Ronald Brackley, who was nominated for MADD’s Law Enforcement Officer of the Year, was one of the officers who nominated Daugustinis for her award. She said Brackley taught her everything there is to know about drug DUIs and is responsible for a lot of her training.

In Brackley’s nomination letter, he told MADD Daugustinis sets the bar for prosecuting DUI cases, and attorneys should attempt to match her dedication to investigations and courtroom preparation. He said deputies know that when Daugustinis is the attorney handling their cases, they have nothing to be worried about in the courtroom. Randi Daugustinis poses with her award after the 2016 Statewide Law Encorcement Recognition. She was one of 13 prosecutors from across the state of Florida.

Daugustinis said it was an honor for her to be recognized Friday alongside so many officers and attorneys she looks up to. Attending the MADD recognition dinner and listening to victims’ families tell stories about their lost loved ones brought her to tears multiple times, but she said, it only confirmed why she’s so passionate about prosecuting DUIs.

“The prosecutors help these families get some closure,” Daugustinis said. “We’re getting some of these people off the street and preventing innocent people from getting killed or injured.” 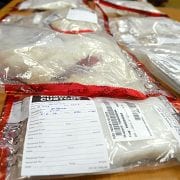 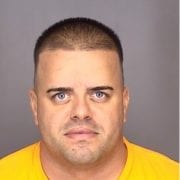 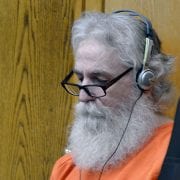