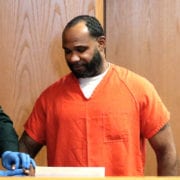 Judge Wayne Durden told Tyrone Laster Monday that there wasn’t a single aspect of his case that wasn’t tragic.

Laster, 43, shot his friend Chauncey Rollins in the back of the head over a money discrepancy in a drug deal. Rollins was $20 short after finalizing a deal, and Laster was angry about it.

“You don’t think I’ll shoot you?” Laster asked Rollins on June 10, 2015, placing the gun on the back of his head and eventually pulling the trigger.

Rollins was in a coma for two months, lost the use of his arms and legs and is confined to a wheelchair.

Prior to the sentencing, Laster’s attorney asked Durden to show mercy on him, but Assistant State Attorney Michael Nutter told the judge Laster should be sentenced to the fullest.

Laster’s actions may not have resulted in death, Nutter said, but they did result in a life condemned to a wheelchair.

“He had a life, and it was taken from him,” Nutter said. “The state is asking the court to show no mercy. He (Laster) did not show mercy to Chauncey.” Laster, 43, of Lakeland, gets fingerprinted Monday after being sentenced to life in prison for attempted second-degree murder.

Durden sentenced Laster to life in prison, adding that the case is an extreme result of drugs and drug use.

“If not for their involvement in drugs, neither would be here today,” Durden addressed both Laster and Rollins. “The defendant has ruined his own life. The victim has significantly diminished the quality of his own life.”

Durden also reminded Laster that he was a habitual offender with a criminal history that spanned 22 years, resulting in a total of 15 felonies and 22 misdemeanors.

“Laster, this is one of the tragic things about this case,” Durden said, referring to his family’s testimony. “It’s amazing to me how much potential you have, and you’ve wasted it.” 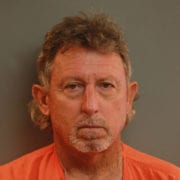 James Brady, 62, was sentenced to life Thursday after a jury found him guilty of attempted second-degree murder for shooting his wife in the arm with a shotgun.

After shooting her, Brady left his wife bleeding on their front porch, yelling that it was her fault he shot her.
Jurors also found Brady guilty of shooting into a dwelling, tampering with a witness and domestic battery.

Brady’s wife had over 25 surgeries on her left arm and lost the use of her hand. She still has over 100 pellets embedded in her arm.

Prior to his sentencing, Brady briefly apologized for his actions. 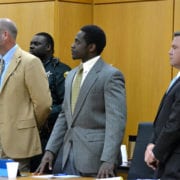 BARTOW – Polk jurors unanimously recommended the death sentence Friday in what’s believed to be the first death verdict under the new death penalty law signed by the governor last month. Benjamin Smiley, center, stands with his attorneys after Judge Harb read his death verdict in court Friday. Jurors unanimously recommended he be sentenced to death for the 2013 murder of Clifford Drake.

After deliberating about four hours, 12 jurors unanimously found that convicted murderer Benjamin Smiley should be sentenced to death for the 2013 fatal shooting of 58-year-old Clifford Drake. Smiley will be sentenced by Judge Harb on May 11.
Prior to the new law, jurors needed a majority vote to recommend death.

In order for Assistant State Attorneys Kristie Ducharme and Hope Pattey to secure the death recommendation under this new law, the jurors need a unanimous vote in 4 of the 5 sections on the verdict form. The aggravating factors, their sufficiency, the defendant’s eligibility, and the death penalty itself must be established beyond a reasonable doubt.

The jury found that they were, and they recommended Smiley be sentenced to death.

During the course of the two-week sentencing hearing, Ducharme and Pattey laid out the facts of the Drake case, of which 24-year-old Smiley was convicted in November 2016.

Smiley and an accomplice planned to rob Drake’s safe because they believed he had a substantial amount of money in it. When they arrived at Drake’s house, his stepson intervened before being held at gunpoint and forced to escort Smiley to Drake’s room.

Drake was woken up with a tap to the head from Smiley’s gun and was fatally shot – once in the hip and once in the chest – when he told Smiley there was no money in his safe.

Evidence and DNA recovered from the scene linked Smiley to it, and Drake’s stepson identified him as the suspect from a photo lineup.

As a part of the aggravating factors, jurors were also told of Smiley’s prior murder conviction for the 2013 death of 49-year-old Carmen Riley, of which he was found guilty in November 2015.

Similar to the facts of the Drake case, Smiley robbed Riley and fatally shot her during a home invasion. Unlike the Drake case, there were no witnesses and no evidence found at the scene, with the exception of projectiles from a gun.

The case went cold until February 2015 when the Florida Department of Law Enforcement found that the projectiles from the Carmen case were a match for the ones in the Drake case. Law enforcement also spoke to Smiley’s accomplices, who admitted their involvement in planning both robberies and their knowledge of Smiley shooting both victims.

Following the jury’s unanimous verdict, State Attorney Brian Haas said he was pleased with the outcome.

“While the new law makes it more difficult to obtain a death sentence, my office will continue to follow the law and seek the death penalty in cases where it is appropriate,” Haas said Friday.

“I’m very thankful for the hard work and dedication of Assistant State Attorneys Ducharme and Pattey. I’m also grateful for our partnership with the Lakeland Police Department (LakelandPD),” Haas said. “LPD officers worked very hard on this case and were instrumental in obtaining this verdict.” 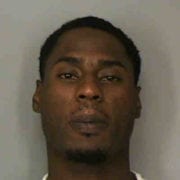