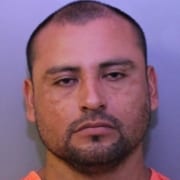 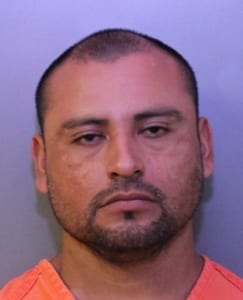 A six-member jury convicted Aladino-Ojeda after two hours of deliberations.

He faces a maximum of 50 years in prison. Circuit Judge Larry Helms is expected to sentence Aladino-Ojeda in August.

In 2018, both Aladino-Ojeda and the victim worked at a landscaping company in Davenport. Aladino-Ojeda carried a fake badge and drove a Cadillac Escalade with flashing lights, a K-9 and 911 sticker, and tinted windows.

“His reputation was that he worked at Davenport Police Department,” Guerra said.

Evidence showed Aladino-Ojeda began stalking the female victim in the summer of 2018. In August, he took her home from the grocery store, entered her house and raped the woman.

Additionally, Aladino-Ojeda threatened to have the woman deported if she told anyone about the rape, Guerra said.

A month later, Aladino-Ojeda again raped the woman at her home. Days later, he attempted to rape her in a drug store parking lot, but the woman threatened to scream. She went to a nearby hospital where doctors notified Haines City Police. A police investigation led to the arrest of Aladino-Ojeda.