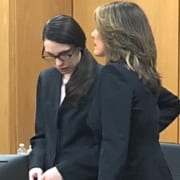 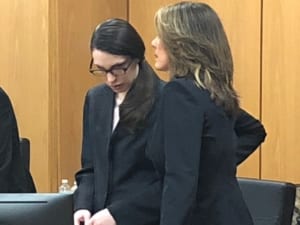 State Attorney Brian Haas announces the conviction of Cheyanne Jessie for the brutal killing of her daughter and father in 2015.

A 12-member jury convicted Jessie, 29, of Lakeland, after less than four hours of deliberations. The jury, which also convicted Jessie of tampering with evidence, will now determine whether to recommend the death penalty for Jessie.

Death sentences require a unanimous jury recommendation to the judge.

Assistant State Attorneys Paul Wallace and Kristie Ducharme will continue prosecution in the death penalty phase of the case today.

In 2015, the bodies of Jessie’s father, 50-year-old Mark Weekly, and 6-year-old daughter Meredith Jessie were found in plastic storage bins in a neighbor’s shed. Detectives suspect the two were killed July 18, 2015.

Jessie’s daughter died of a gunshot to the head. She was also stabbed. Her father died of three gunshots to his head and multiple stab wounds to the chest.