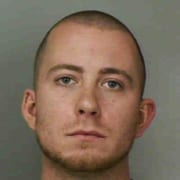 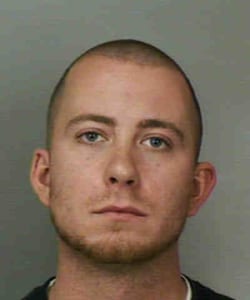 A 26-year-old Lakeland man convicted of killing a construction worker in a hit-and-run crash on South Florida Avenue was sent to prison Tuesday days after an appeals court ruled against him.

Dustin Halstead was found guilty of vehicular homicide in 2018, but Circuit Judge Kevin Abdoney, spurred by the 2nd District Court of Appeals, had allowed Halstead to post bail as appeal judges considered the motion.

In July, the appeals court rejected the appeal and affirmed his conviction, resulting in Abdoney ordering him on Tuesday to begin serving his 11-year sentence for vehicular homicide and leaving the scene of a crash.

Halstead killed Shelby Kenneth Shull on July 23, 2014 when he veered off the road into a construction zone, knocked over construction cones and slammed into the man. His body was thrown 80 feet.

The investigation lasted months before a tip led police to Halstead. His girlfriend, who is now Halstead’s wife, called Lakeland police after seeing a newspaper article about the fatality. She told detectives at the time that she did not know or see what had been hit, but that Halstead had hit something in the area about the time of the crash.

Police investigated further. Through DNA evidence, Shull’s blood was found on the hood of Halstead’s Jeep.

During the one-week trial, Swenson showed jurors receipts from three different bars Halstead had visited leading up to the crash. Jurors heard that after he left a bar in Dixieland, Halstead was driving south on South Florida Avenue when he dropped a cigarette, reached down to pick it up, then ran off the road near Easton Drive and struck the worker. Jurors took about two hours to convict Halstead.

State Attorney Brian Haas thanks Lakeland Police Department detectives for their work on the case.