Blog - Latest News
You are here: Home / SAO10 Blog / Lakeland vet sentenced to jail for cruelty to her horses 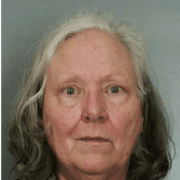 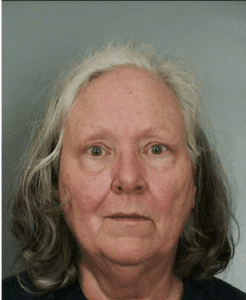 A longtime Lakeland veterinarian convicted earlier this year of animal cruelty for mistreating her horses was sentenced to 90 days in jail earlier this week and can no longer treat animals.

Circuit Court Judge Wayne Durden also sentenced Gail Nichols to 10 years of probation for four animal cruelty convictions, which centered around a lack of treatment of her miniature horses. Some of the horses were forced to be euthanized, while others suffered lifelong injuries due to Nichols’ failure to care for the animals.

“She knew exactly what was going on,” Assistant State Attorney Jessica Fisher said as she described some of the injuries to Durden. “She took an oath as a vet and there was a lack of simple, basic care.”

Nichols, 68, was convicted by a jury on June 6. Following her conviction, her sentence was decided solely by the judge.

Before the sentence, She read a statement to Durden, describing her two decades of veterinary work and her love of animals. Her lawyer told Durden she had medical issues in jail, including dietary concerns that weren’t being met.

Scheck contradicted Nichols’ claims, telling Durden that to fit her diet turkey wraps with shredded cheese were prepared on a daily basis. Fisher also called Danette Horton, president of Hope Equine Rescue, to describe the conditions of the some of the horses that survived.

Horton said the rescue service has done everything it can to save one of the horse’s named Xena, a mare who recently had a foal. But because of a lack of care, Xena’s hooves became overgrown and her mouth and teeth suffered. She will likely be euthanized in the coming months.

“She never followed up on the horses and allowed them to suffer,” Fisher said.

Durden listened to both sides before making a decision.

As part of the sentence, Durden said Nichols cannot own or care for any animals once she is out of jail.

State Attorney Brian Haas thanks Assistant State Attorney Jessica Fisher and the Polk County Sheriff’s Office for their work on the case.

Methodical and Meticulous: Homicide prosecutor recognized statewide as he builds...
Scroll to top