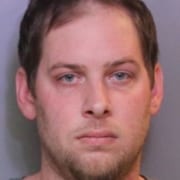 When Daryl Penney’s victim asked that he stop touching her sexually, he responded, “I will try not to anymore.” 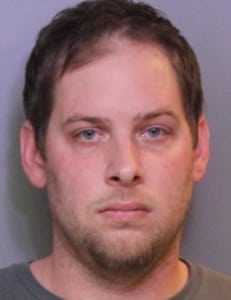 On a controlled phone call with law enforcement, the 15-year-old girl reminded Penney she said “no” and “stop” on multiple occasions. The girl asked him why he continued to touch her after she told him not to.

“I didn’t intend to,” Penney said. “I’m sorry you have to go through this.”

The jury deliberated for nearly two hours Tuesday before finding 32-year-old Penney guilty of lewd molestation. He is facing up to 15 years in prison and will be sentenced on November 19.

Ruel said the victim attempted to disclose the abuse to her mother but could not put it into words to tell her face-to face. So the girl wrote a letter – dated May 31, 2017 – and left it in her mother’s nightstand for her to find.

Around the middle of July, the victim realized her mother never received the letter. The girl then decided to write her mother a message detailing the abuse, and she sent it over Facebook.

The original, handwritten letter was later found stashed in Penney’s belongings in a garage.

Law enforcement questioned Penney regarding the allegations, and he admitted he was not perfect.

Detectives played the controlled phone call for Penney, and he denied touching the girl. But when one of the detectives asked Penney if the girl was lying about the allegations, he said he “would not call her a liar.”

Penney added he “would definitely try not to touch her inappropriately again.”

During trial, the defense claimed that both the mom and daughter had been working together to try to get Penney out of the picture and that these allegations were part of that plan.

But Ruel reminded the jury that the victim wrote and dated a letter nearly two months before the crime was reported, and the defendant himself took special measures to make sure it was not found.