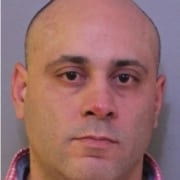 Rolando Dejesus admitted to forcing a 12-year-old girl to perform sexual acts on him. 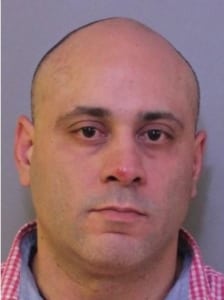 It took less than 30 minutes Tuesday for a jury to convict Dejesus, 42, of lewd molestation. He is facing life in prison and will be sentenced on October 18.

The victim needed help with a school project and asked Dejesus for assistance. Dejesus said he would help the girl, but only if she performed oral sex on him.

Dejesus continued to subject the girl to sexual acts and convinced her not to tell anyone what was happening.

The victim said she was “scared to tell” and did not disclose the sexual abuse until she was 12.

In an interview with law enforcement, Dejesus denied any wrongdoing. But as the interview progressed, Dejesus began to contradict himself until he finally admitted forcing the girl to perform oral sex.

During the trial, the defense argued that the victim initiated the encounter because she was a curious child.

But Tondreault reminded jurors of testimony from the victim’s mother: “She (the victim) was not a sexual kid … She was just a little girl.”

In closing arguments, Tondreault told jurors that young children do not know what oral sex is or how to do it.

“How would this child know exactly how it works?” Tondreault asked the jury. “Kids don’t know that unless they’re introduced to it or are shown how to do it.”

“Dejesus wasn’t supposed to do it, and he could have easily not done it,” she said, asking jurors to return a verdict of guilty.