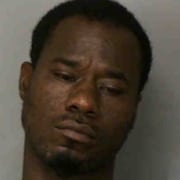 Roger Griffin held his victim at knife point, took her to an abandoned house, and forced himself on her. 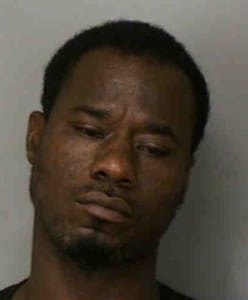 After a little more than an hour of deliberation, Griffin was found guilty Thursday of sexual battery. He is a habitual offender and faces an increased sentence of up to 30 years in prison.

Assistant State Attorney Jennifer Swenson walked jurors through the events leading up to the early morning hours of June 7, 2013.

Griffin approached an older woman who had just walked out of a bar in Winter Haven. He asked her where she was going and offered to show her a shortcut so she could meet up with her friends quicker.

Griffin led the woman down a dark, dirt path toward the porch of an abandoned house. When they were alone on the path, he pulled out a knife and placed it to her throat, leaving scratch marks.

“Give it up,” Griffin told her.

He then forced himself on the victim.

After raping the woman, Griffin then held the knife inches from her face and said he should gut her and leave her for dead. The victim begged for Griffin to spare her life, and he left her on the ground.

The victim immediately went to the hospital, where medical personnel identified red marks on her neck and completed a rape kit. Five days later, test results from the kit showed that the DNA was a match for Griffin.

When law enforcement interviewed Griffin, he denied having sex with anyone and claimed he’d never seen the victim before. But upon finding there was irrefutable DNA evidence, he admitted having sex with the woman but that it was consensual.

During closing arguments Thursday, the defense reminded jurors that the victim couldn’t pick Griffin out of a lineup. He argued this was because she was ashamed of their consensual encounter.

“She couldn’t pick him out of a lineup because she didn’t know him,” Swenson countered.

The defense also claimed the victim wasn’t raped – just that she’d made a poor, drunken decision and regretted it.

Swenson told jurors that the victim immediately went to the hospital after she was raped so medical professionals could obtain her attacker’s DNA and identify him.