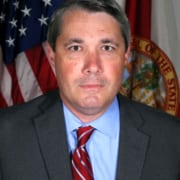 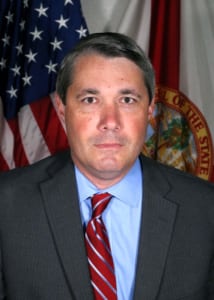 When Nelson assumes the role on August 27, he will be responsible for the day-to-day operations of the office. He will also oversee the budget, human resources, IT, facilities, investigations, records retention, and Child Support Enforcement.

As Executive Director, Nelson’s ultimate mission will be to ensure that all prosecutors, investigators, and State Attorney’s Office staff have the best tools possible to do their jobs in a professional, efficient, and productive environment, all while serving the citizens of the Tenth Circuit.

He is respected state-wide and will be influential in coordinating work for the Tenth Circuit in Tallahassee during the legislative session.

Nelson said he is excited to be joining the State Attorney’s Office as the new Executive Director.

Chris Nelson has served communities in our state for more than 25 years, both as a veteran law enforcement officer and a State Attorney’s Office investigator. His experience as a leader in law enforcement will greatly benefit this office in his role of Executive Director.

Nelson graduated from Bartow High School and began his law enforcement career in 1992. After serving several years as an officer, he became the Assistant Chief of Police in Live Oak.

He then worked for the Office of the State Attorney, Third Judicial Circuit, as an investigator.

Nelson became the Auburndale Police Chief in 2012, where he has faithfully served its citizens since then.

“Chris brings a wealth of experience to this position and will be instrumental in helping us to continue to pursue justice for victims,” State Attorney Haas said Tuesday. “I look forward to working with Chris as we serve the citizens of the Tenth Circuit.”