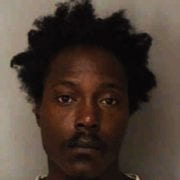 William McGee admitted he could have raped his victim if she hadn’t talked him out of it.

The 22-year-old girl was running around Lake Hollingsworth about 11 p.m. May 18, 2015, when she saw the shadow of a man begin to approach her from behind.

“He was coming up behind me fast. I glanced back and smiled at him,” the victim said in court Thursday, noting that he wasn’t wearing shoes or a shirt. “I wasn’t worried anything would happen.”

As McGee’s shadow neared, the girl moved to the right so he could pass on her left.

The victim felt his arm slip around her neck and his hand cover her mouth, and that’s when she realized he wasn’t there to run the lake. He was there to hurt her.

McGee was found guilty Friday of kidnapping and attempted sexual battery. He faces up to life in prison and will be sentenced March 24.

Assistant State Attorney Jaenea Gorman told jurors McGee confined the victim for 49 minutes after pulling her off the running path.

“He wasn’t out there jogging. He was in his socks,” Gorman said Friday. “This wasn’t somebody who was out there to run. This was somebody who saw an opportunity, pursued a girl and attacked her.”

“Why are you out here this late? You deserve this,” McGee yelled at her while forcing her into a wooded area and then to the ground, where he attempted to remove her shorts.

The victim fought to keep him off of her, pleading with him to not hurt her. When she realized she wasn’t strong enough to overpower him, she changed tactics and began to reason with him.

“I knew that I wasn’t going to live if I kept fighting him,” the victim said. “I thought that if I could get inside his head and use sympathy maybe that could work.”

McGee admitted to law enforcement that she asked him not to hurt her and that she was crying.

“I knew she was afraid for her life,” McGee said in a taped statement played in court. “I already knew she was trying to get free.”
He also admitted that he could have raped her if she hadn’t calmed him down.

During the encounter, the victim told McGee about how she was training for a marathon and how her mother was dying from cancer. She even asked him questions about where he was from and what he did in an attempt to learn about him.

Once McGee realized she stopped fighting him, he stopped pulling at her shorts. He noticed her earbuds and yanked them from her to listen to her running music, which the victim used as another way to engage him and attempt to change his mind.

The DNA found on her earbuds would later match DNA taken from underneath her nails from fighting McGee. Both samples were a match for him.

“He would have committed the crime had she not talked him back,” Gorman reminded jurors in her closing statement Friday. “She talked him back from the ledge.”

He eventually let her up off the ground and pulled her to a dock, telling the victim he couldn’t let her go because he was afraid she’d call the police.

“I figured he was going to kill me on that dock,” she said, adding that she began calling him by name.

She continued to call him by name and reason with him, learning that he was homeless and had recently been kicked out of his grandmother’s house. The victim said she had friends who could help him find a job and a car.

And after gaining his trust, she was able to convince him to walk her back up to the running path.

She offered to give him her shoes after noticing he was wearing socks, hoping she could run from him when he stopped to put them on, but he declined her offer and stayed by her side.

“He walked with me,” she said. “I didn’t feel like I was truly free to leave.”

But she knew that her window to escape was narrowing, so she took off running and immediately called 911. McGee did not attempt to follow her.

The defense told jurors that when choosing a verdict they should remember that McGee gave a DNA swab and a statement to police voluntarily.

Gorman then asked jurors if it was reasonable to think that because he was cooperative it meant he was not guilty. That line of thinking, she said, is not reality.

“He did not voluntarily renounce his actions on his own. She talked him out of it,” Gorman said. “This is what it looks like when somebody lays in wait, goes after another person.”