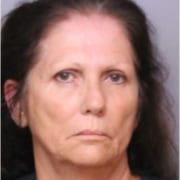 Karen Hughes purchased of a kilogram of methamphetamine in a reverse sting and admitted she’d done it before. 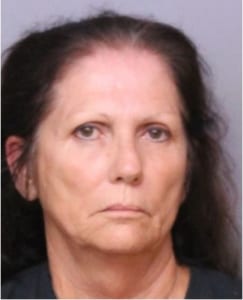 After about 20 minutes of deliberation, a jury found Hughes guilty Thursday of trafficking in amphetamine and possession of drug paraphernalia. Following the verdict, Hughes was sentenced to 20 years in prison.

Assistant State Attorney Jennifer Swenson told jurors that on Aug. 31, 2016, Hughes spoke to a confidential informant on the phone regarding the purchase of methamphetamine.

Hughes agreed to bring a down payment for the drugs and an owed debt from a previous drug purchase with the CI’s relative in exchange for one kilogram of meth.

About 6:25 p.m., Hughes met the CI and an undercover officer in the parking lot of a Winter Haven Walmart, where they discussed prices.

Hughes told the officer she’d previously purchased a pound of meth for a little over $10,000. The officer told her the kilo was worth $18,000, and she agreed.

Hughes then negotiated the timeframe and amount she would pay the officer back for the drugs. She also gave him $2,400 of “owed debt” from previous deals.

When Hughes took possession of the drugs and placed the container on her lap, law enforcement arrested her.

At trial, Hughes claimed she was pressured into the deal because of the money she owed to another dealer. She also testified that she believed the undercover officer was from a cartel and would have killed her if she didn’t go through with the deal.

Swenson reminded Hughes that she admitted to willingly buying drugs from the CI’s relative less than a month before the reverse sting.

Hughes also claimed that the drugs were forced on her even though she tried to shove them off of her lap.

But Swenson told the jury that Hughes took the time to negotiate prices and payment options with the undercover officer before willingly taking the meth from him.

“She’s a willing participant in this and has clearly bought drugs before,” Swenson said, adding that Hughes said a lot of untrue things after being arrested in order to stay out of trouble.

“Hughes’ testimony in court contradicted what really happened,” she said.