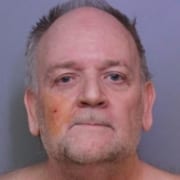 Robert Van Den Bosch received 25 years in prison after he followed through on threats to shoot residents in his neighborhood who were being loud. 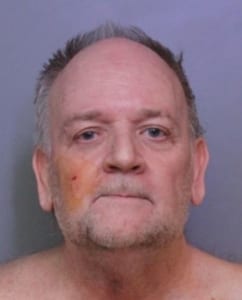 A jury found Van Den Bosch guilty Nov. 8 of attempted second-degree murder with discharge of a firearm, great bodily harm, and resisting officers without violence. He was sentenced Dec. 20.

Assistant State Attorney Jaenea Gorman told jurors that Van Den Bosch began threatening to harm his neighbors the morning of Sept. 1, when he called 911 while yelling, “I should shoot you,” at a neighbor he claimed was trespassing.

Later that evening, Van Den Bosch posted to his Facebook profile, complaining that someone walked by his house “…for the hundredth time. Do I really have to shoot someone?” He also taped angry messages to the windows of his trailer.

About 10:45 p.m., Morris Parker drug his trash can over to the dumpster, which was on the opposite side of Van Den Bosch’s trailer. While Parker was dumping out his trash, Van Den Bosch approached him.

He pulled out a gun and shot Parker in the left side of his chest within inches of his heart.

Van Den Bosch testified at trial, claiming he pulled out the gun during an argument with the victim, and it accidentally went off when the victim grabbed it. But testimony from a witness at Citgo refuted that.

The defendant then admitted to jurors that “things had reached a boiling point.”

“This is someone who was angry and irritated at all the residents,” Gorman told jurors during the December trial. “When the trash can was drug across the ground, things got to be too much for him. He just snapped.”

“He was threatening to shoot someone and finally made good on that threat,” she said.