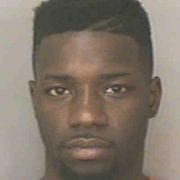 After two and a half hours of deliberation, a jury found Wesley Booker guilty of first-degree murder. Booker, 26, of Lakeland, shot and killed Maurice Knight – a rival gang member – in Feb. of 2015. Booker was sentenced to life in prison by Judge Harb immediately following his conviction at the end of a two-week trial.

Assistant State Attorneys David Stamey and Kristie Ducharme prosecuted the case, and in closing arguments Wednesday, Stamey told jurors the situation was a “recipe for disaster” from the beginning.

“These two (Booker and Knight) had a reason not to like each other,” Stamey said.

Knight’s gang got involved in a fight with Booker’s gang at a club in Winter Haven prior to the shooting, and Stamey said, security video shows Booker throwing punches at Knight.

After the fight was broken up, both sides went outside. Shots were fired into the air with Booker’s gun by fellow gang member Quintyn Davis, who was agitated after being “beat down” in the scuffle.

Booker’s friend Quintyn Davis was “beat down” in the scuffle. When they got in the car to leave, Booker asked Davis how they should deal with the fact that they’d been beaten.

They decided to follow the other gang back to Lakeland and “figure it out as they went,” Stamey said.

Booker saw the other gang’s vehicle turn into a gas station at Havendale Boulevard and U.S. 17. Booker turned off the lights to his vehicle and rolled down the window. During closing statements Wednesday, Assistant State Attorney David Stamey shows the jury how Wesley Booker fired the handgun at Maurice Knight from inside a vehicle. Booker was convicted of first-degree murder Wednesday and was sentenced to life in prison by Judge Harb.

As he drove by, he pointed the gun at Knight and fired.

The footage shows people duck as Knight falls into a friend’s lap.

A bullet traveled through his lungs and lodged in his heart, killing him.

In Booker’s statement to police, he claimed Davis had the gun, reached over and fired at Knight from inside the car. But evidence rebutted Booker’s version of the story – a shell casing was found on the ground at the gas station.

“Booker gave multiple versions of what happened in an attempt to desperately wiggle off the hook he found himself on,” Stamey said.

Stamey anticipated the defense would argue that Booker simply fired in Knight’s direction and that it was an “Annie Oakley shot that he couldn’t reduplicate.”

“Does that in any way take away from the fact that he accomplished exactly what he did?” Stamey asked the jurors. “The fact that it was one heck of a shot is irrelevant. He succeeded with what he attempted to do.”

Stamey told the jury it was Booker’s decisions and actions alone that led to Knight’s death.

“He hit who he was aiming at,” Stamey said. “Hold him accountable.”