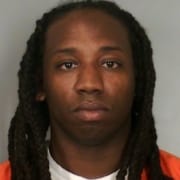 Robert Graham told law enforcement he slammed his baby on the bed three to four times and shook him for about four minutes. 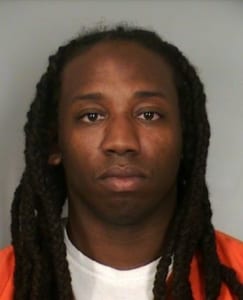 After about two hours of deliberation Jan. 23, jurors convicted Graham of manslaughter and child abuse. He is facing up to 20 years in prison and will be sentenced March 21.

Assistant State Attorney Ashley McCarthy told jurors that the defendant admitted he was playing with his son Princeton the evening of Dec. 28, 2014, but was “overly-rough … more so than he has ever been with any of his other three kids.”

The next morning, Princeton was limp and had stopped breathing.

He was taken to the hospital, where doctors found that the child’s brain was swelling and bleeding. The baby was flown to St. Joseph’s Hospital in Tampa, and doctors discovered he had retinal hemorrhages, injuries that are indicative of the baby being shaken.

“Nothing but trauma caused the injuries and, ultimately, his death,” she told jurors. “these are inflicted injuries that can only be caused by force.

During trial, Graham claimed that his previous admission to law enforcement about slamming the baby on the bed was overstated.

McCarthy walked jurors back through Graham’s reaction when law enforcement formally interviewed him: He kept his hands over his face and would not look the interviewer in the eyes.

Graham admitted that what he did to the baby hurt him. He agreed it was too much, and he broke down crying.

“It’s the first time he’s telling anybody, that he’s acknowledging it – getting it off his chest about what he did to his child,” McCarthy told jurors in closing arguments. “He’s acknowledging that his hands did this.”

The defense claimed that Graham did nothing wrong in playing with his child. Graham’s attorney said his response was one of grief and sadness, simply because the baby died while on his watch.

But McCarthy reminded jurors that Graham did not call 911 after realizing the baby was limp and that he omitted important facts in his initial interview with law enforcement.

“In order to believe the defense,” she said, “you’d have to think the doctors got it wrong and that the baby died of natural causes.”