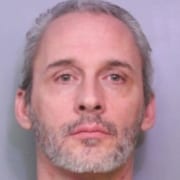 Patrick Rayha was sentenced to life in prison Wednesday for the fatal shooting of Russell Jackson. 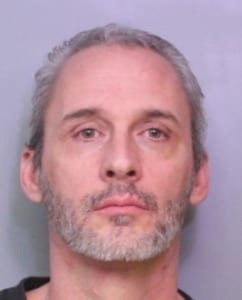 After two hours of deliberation Monday, jurors convicted Rayha of first-degree murder, robbery with a firearm, and burglary of a dwelling while armed with a firearm.

During trial, Assistant State Attorney Bonde Johnson walked jurors through the pieces of evidence connecting Rayha to the Christmas Day robbery in 2017.

Phone records show Rayha’s phone pinged in Dade City about 2:45 p.m. on Christmas Day. His phone then pinged off towers as he travelled to Lakeland.

Surveillance video at a business near Jackson’s home shows Rayha’s girlfriend, co-defendant Carla Bolin, exit the passenger side of his green Saturn. A few minutes later, she is shown exiting the store, getting in the driver’s seat, and pulling away.

In addition to cell records and video surveillance, Johnson showed jurors photos from Rayha’s phone where he is holding a gun. A shell casing found in Jackson’s trailer matched the gun Rayha owned.

At trial, Rayha’s attorney claimed there was not enough evidence to convict him of first-degree murder. He tried to convince jurors that the cell phone could have been in anyone’s car – that the white male in the surveillance video could have been anyone.

While Rayha’s attorney claimed all of the evidence didn’t matter, Johnson told jurors the Defendant’s argument punctuated just how much evidence there was against Rayha.

“All of it converges and falls together,” Johnson said, “It’s your phone, your car, your girlfriend, video catching a tall white male, a shell casing matching the gun found in his (Rayha’s) house.”

“It’s statistically impossible for it to be anyone else,” he said.