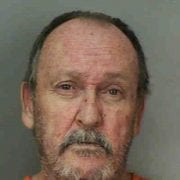 When Charles Watson Sr. got home from work on Mar. 24, 1987, he found his wife stabbed to death on their couch.

Karen Ann Watson, 41, of Lake Wales, was sexually battered and brutally murdered the day before her twin sons’ 16th birthday. Nearly 30 years passed before her family saw the case come to a close.

After four hours of deliberation Thursday, a jury found 67-year-old Carl McCauley guilty of first-degree murder and sexual battery. He was immediately sentenced to life for both counts by Judge Harb. Assistant State Attorney John Waters speaks to members of the jury during opening statements Feb. 8, walking them through the events that led to Karen Watson’s sexual assault and stabbing.

She was getting ready to leave her home off Old Polk City Road in Lake Wales and head to work. Watson and her eldest son, Charles Watson Jr., worked at Disney, and she was known to leave her house at exactly 1 p.m. to make it on time.

Watson called her son about 12:30 p.m. She was at home alone getting ready for work.

“Charles hung up the phone with his mother having no idea it would be the last time he would speak to her,” Waters said, adding that Charles Watson Jr. intended to meet his mother at work that afternoon.

About 12:45 p.m., a meter reader stopped by the Watson residence. He didn’t notice anything strange or hear any suspicious noises.

It wasn’t until just past 1 p.m. that a neighbor started to suspect something was wrong. Ouida Granger lived down the street and needed to fuel her school bus before heading to the school.

When Granger drove past Watson’s home, she noticed a few things that didn’t sit right with her: Watson’s car was still in the driveway, and a vehicle she’d never seen before was parked on the road in front of the house.

“Karen should have been gone for work by the time Granger left for work,” Waters said. “As she (Granger) goes by, she gets a good look at the automobile. … She looks up in the rear view mirror and sees a man run from one side of the road, past the car, and make a beeline for the front of that trailer.”

“That man was not Charles Watson,” Waters said.

Charles Watson Sr. got home about 1:30 p.m. to find his wife slumped over on their couch with blood spatter on the wall behind her and on the carpet in front of her. She’d been stabbed 11 times in her torso, neck, throat and face and had pierced internal organs.

A 911 call was made by a neighbor at 1:45 p.m. because Watson was unable to calmly place the call himself.

“His state of emotion was out of control,” Waters said. “He was unintelligible for the most part.”

When law enforcement arrived – in addition to the blood found on and around the couch – they found specks of blood and other bodily fluids on Watson’s bed. But because DNA science was still new in the late 1980s, they were unable to identify whose fluids were found.

“The case goes cold because they can only say for sure that she’s had sex and that she’s been stabbed to death,” Waters told jurors. “They also have the statement from Granger about the strange car and the man she saw run. But she was not spoken to again until 1989.”

Officers were able to verify that McCauley owned the same type of vehicle Granger saw at Watson’s house the day of her murder, but the case ended up back on the shelf, where it would stay for almost 10 years.

In 1998, a DNA profile was obtained from Charles Watson Sr., and he was ruled out as a suspect. It wasn’t until 2014 that detectives found McCauley in Ohio and sat him down for an interview.

He denied knowing Watson, having sex with her or ever being in her house, yet his DNA was a complete match. Carl McCauley, 67, was found guilty of the 1987 murder of Karen Watson, which was a cold case for nearly 30 years.

“When I say a complete match,” Waters said, “it’s one in some astronomical number.”

In trial, McCauley’s defense attorney claimed that if McCauley was guilty, he would have run from law enforcement instead of staying in Polk County for more than 10 years.

“You know the reason why he’ doesn’t have to run for 27 years?” Waters asked in closing statements. “He’d managed to get away with it. He got away with it for a long time.”

The defense also claimed McCauley and Karen Watson were having an affair, which gives her husband motive to murder her.

“Does it sound reasonable that Watson would butcher his wife in a house his sons are coming home to live in the day before their 16th birthday?” Waters asked the jury in closing statements Feb. 15. Watson continued living in their house until he died in 2014.

Waters reminded jurors that Charles Watson Sr. did not have any injuries, which would be inconsistent with a violent murder like Karen Watson’s.

“Whoever did this has a lot of cleaning up to do,” Waters said, adding that law enforcement also examined Charles Watson Sr.’s clothing and did not find blood on it.

“Carl McCauley is either the most unlucky man in the world when considering all these circumstances,” Waters said, “or he sits before you a guilty man.”