Blog - Latest News
You are here: Home / SAO10 Blog / Man, 19, convicted of beating his mother with a baseball bat 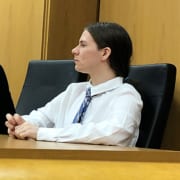 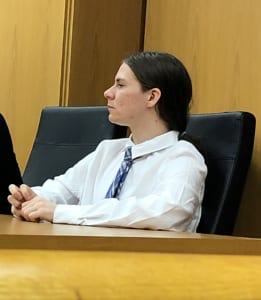 A 19-year-old Lakeland man was convicted Thursday of severely beating his mother with an aluminum baseball bat inside their home after she told him he could no longer speak with his girlfriend.

Ray Gravitt, who was 16 when he struck Kelly Rayn, was convicted of attempted first degree murder. Gravitt is expected to be sentenced by Circuit Judge Larry Helms on Nov. 8.

He described to jurors how on April 3, 2016, neighbors heard Rayn scream for help. When they ran next door, they assumed a dog was attacking the woman. Instead, they saw Gravitt pulling Rayn, bloodied and beaten, by her hair.

Gravitt admitted to the neighbors that he hit his mother with a bat.

“I snapped,” Gravitt confessed. “It’s all my fault.” Later, he told Polk Sheriff’s deputies he struck his mother with the bat approximately 12 times.

Days later in the hospital, Rayn acknowledged that her son beat her with the bat after an argument, telling deputies that he tried to kill her.

After she had finished dinner, Rayn was sitting on the couch watching television when she felt a stinging sensation on the back of her head. When she realized she had been hit, Rayn attempted to run, only to be grabbed around the neck by Gravitt.

During the trial, Gravitt and Rayn changed their stories.

Rayn, a witness for the defense, said she was heavily medicated on painkillers and didn’t remember speaking with deputies after she was struck.

Gravitt told jurors that he was in his room when his mother was attacked and he later found her beaten.

During cross-examination, Beaver asked Gravitt who beat his mother if it wasn’t him. “Did your 9-year-old brother do this?”, Beaver asked.

Gravitt said it wasn’t his brother, adding that he didn’t know who attacked his mother.