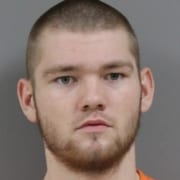 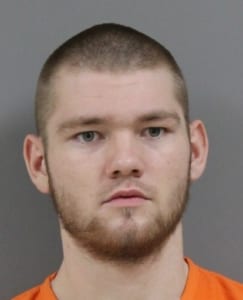 Johnson pled no contest Thursday to sexual battery on a victim less than 12 and tampering with physical evidence. He is facing up to life in prison and has a two-day sentencing hearing scheduled for August 29 and 30.

Johnson claimed a masked intruder broke into a Bartow home where he was babysitting three children and entered the 2-year-old’s bedroom without his knowledge.

He told law enforcement he woke up to one of the children screaming and found that the intruder sexually assaulted the girl. Johnson claimed he fought with the intruder until he ran out of the house.

Johnson then said he took all three children into his room and called their father, who called 911.

Law enforcement arrived and found the girl screaming and visibly injured. A towel covered in blood was found near her.

The child’s injuries were so severe, she underwent emergency surgery.

While law enforcement was investigating for signs of an intruder, they noticed Johnson’s bed sheet had been removed from his bed. A K-9 unit searching for the alleged intruder found the sheet in hidden in tall grass behind the house.

Johnson confessed to hiding the sheet in the woods behind the house. He said he meant to remove the towel as well but forgot.

“I didn’t want anyone to find my fingerprints on my bed sheet and think that I did anything wrong,” he told deputies.

Johnson confessed he did not call 911 to get medical help for the child. Instead, he admitted to hiding his sheet in the woods and showering before deputies arrived.

Johnson gave law enforcement numerous conflicting statements about the intruder. No evidence was found to support any of those claims.

Law enforcement also found that Johnson’s mattress had been flipped over to conceal a blood stain.

Deputies confronted Johnson about his inconsistent statements and the fact that he hid evidence and showered, all while the child continued screaming. Johnson continuously denied hurting the child.

But when he was detained for tampering with evidence, Johnson told deputies, “all you have is my bed sheet.”