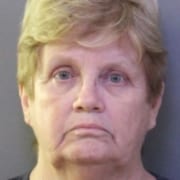 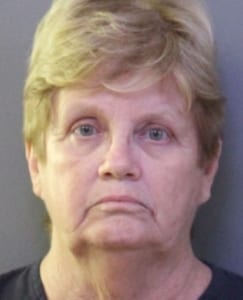 A former bus attendant for the Polk County School District was convicted Thursday of abusing a special needs student by pulling her hair, hitting her on the head and sitting on her.

Brenda Nelson is expected to be sentenced Nov. 1 by Circuit Judge Donald Jacobsen  for the child abuse conviction. Jurors deliberated for about 30 minutes before returning with the conviction.

Nelson, 67, faces up to five years in prison.

Smith told jurors during closing arguments that the 95-pound, 12-year-old student was helpless when Nelson abused her.

“I’m not here to say that Miss Nelson is a bad person, but I’m here to tell you that she went too far that day,” Smith said.

A video Smith played for jurors showed the abuse.

On Nov. 8, 2017 the girl and other special needs students were riding home on the bus from the Doris Sanders Learning Center. When the girl, who was strapped into a harness,  began yelling, Nelson warned her to be quiet. The girl continued making noise, Nelson whacked her on the head and walked to the rear of the bus.

Nelson was then heard telling the girl she planned to “slap the tongue out of your mouth” before yanking her hair back and forth repeatedly.

At one point, Nelson said to the girl, “I’m not playing.” Finally, Nelson returned to the girl’s seat and sat on her, lunging into the girl with a knee.

Smith said Nelson, of Polk City, took the discipline too far, describing how the girl could have been seriously injured because of a recent surgery she underwent.

“There was nothing that would have been accomplished by doing that,” Smith said.

State Attorney Brian Haas thanks ASA Smith and the Polk County Sheriff’s Office for their work on the case.