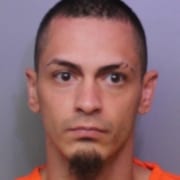 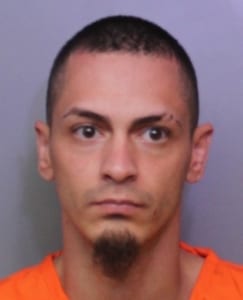 An Orlando man was sentenced to five years in prison after jurors found him guilty Tuesday of sending a lewd picture to a 14-year-old Winter Haven girl in 2015.

Cristhian Villanueva-Rosado, 31, was immediately detained after a jury of six deliberated for about 15 minutes before finding him guilty.

During the trial Assistant State Attorney Monica Smith explained to jurors how Villanueva-Rosado texted and sent lewd pictures of himself to the teenager’s cell phone.

Villanueva-Rosado buried his hands in his head when Circuit Judge Kevin Abdoney sentenced him. Before he was sentenced, Villanueva-Rosado told Abdoney he had just been released from prison before facing the current charges. He continued to deny the charge and said he didn’t even send pictures like that to his girlfriend.

Abdoney listened to Villanueva-Rosado, then sentenced him to five years in prison, the maximum allowed by law, as requested by the State Attorney’s Office.

Lakeland man who fired at deputies convicted of 7 counts of attempted first...