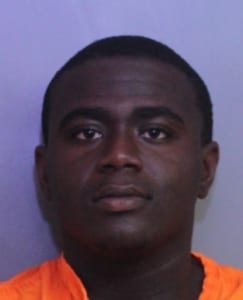 A Winter Haven man was convicted today of strangling and beating his former girlfriend in 2018 in their home after he became angry with her while she read to his 3-year-old son.
Jurors deliberated for three hours before returning with a first-degree murder conviction.
Circuit Judge Dennis Maloney sentenced DeAndre Coffer, 23, to life in prison.
Kiara Butler, 32, died at the couple’s home.
Defense attorneys for Coffer argued that he should be found not guilty by reason of insanity.
In closing arguments, Assistant State Attorney Bonde Johnson said that Coffer was angry on Feb. 18, 2018, because Butler had corrected his son while they were reading a book. “He strangled her unconscious then continued to beat her,” Johnson said. “This was a forceful strangulation that lasted two to three minutes.”
State Attorney Brian Haas thanks Assistant State Attorney Johnson and Polk Sheriff’s detectives for their work on the case.