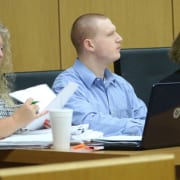 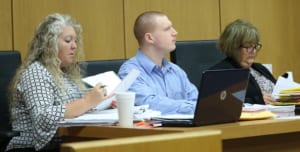 Six jurors took three hours Thursday to convict a Lakeland man of fatally stabbing a man during a bonfire party outside his home.

Ronald Wagoner, 29, was found guilty of manslaughter with a weapon and tampering with a witness. Circuit Judge William “Bill” Sites will sentence Wagoner at 1:30 p.m. on Oct. 25. He faces up to life in prison for the death of 32-year-old Gabriel Gamino.

During closing arguments, Assistant State Attorney Steve Alamia told jurors that DNA tests showed Gamino’s blood was on Wagoner’s shirt after the stabbing. He said there would have been even more blood on Wagoner, but he cleaned himself after stabbing Gamino. “If they cleaned themselves, they would have only had blood where they couldn’t clean, and you can’t clean blood off a shirt.”

Wagoner “never seemed curious about what happened”, was evasive when questioned by detectives from the Polk County Sheriff’s Office and contradicted himself numerous times. 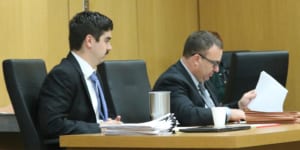 Jurors learned that Wagoner threatened to kill his ex-girlfriend, a witness, if she told anyone about the stabbing.

Gamino was stabbed in the face and the shoulder area near his lungs on Nov. 18, 2016 outside his home in Lakeland on Country Place Road. After he was stabbed, he staggered from his home and collapsed down the street.

State Attorney Brian Haas thanks ASA Alamia and the Polk County Sheriff’s Office for their work on obtaining a conviction.