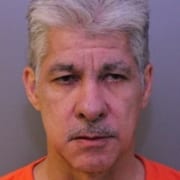 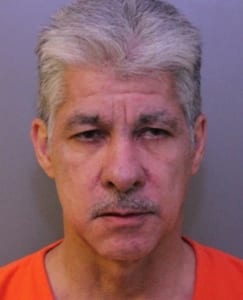 An Orlando man who had lengthy sexually explicit text exchanges with a Polk Sheriff’s detective posing as a 14-year-old girl then traveled 30 miles to meet the teen faces up to 30 years in prison after his conviction on Thursday.

Joseph Mujica, 55, was convicted of two second degree felonies, traveling to meet a minor and attempted lewd battery. A six-member jury deliberated for one hour before reaching a verdict.

During the trial, Orr described a sexually explicit correspondence in 2018 on MocoSpace, a social networking site, between Mujica and the undercover Sheriff’s detective posing as a girl named, “KT.”

After two days of texting, Mujica drove to Davenport to meet the girl. When he reached the front door of the home in Davenport, he was arrested by Sheriff’s detectives.

Mujica attempted to defend himself during the trial. He told jurors that he didn’t believe he was chatting with a teen even though the detective described himself as a teen during the text exchanges.

During closing arguments, Orr asked jurors to use common sense during deliberations.

“Why did he go?” Orr asked. “Common sense tells you he went to have sex with a person 14 years-old named K.T.”

“He didn’t drive 44 minutes at 9 on a Friday night because it might be someone else,” Orr said.

State Attorney Brian Haas thanks ASA Orr and the Polk County Sheriff’s Office for their work on obtaining a conviction.