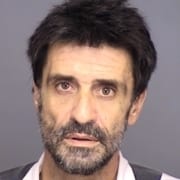 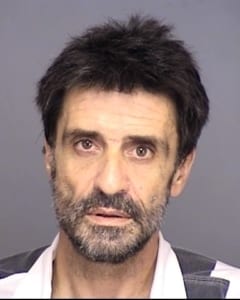 The Sebring man who fatally shot his roommate then dumped the man’s body in the Everglades was sentenced to life in prison on Monday.

Michael Celello, 59, was sentenced for the charge of second degree murder with a firearm. Circuit Judge Peter Estrada also sentenced Celello to a total of 13 years in prison for grand theft, tampering with evidence and possession of a firearm by a convicted felon. That portion of the sentence was to run concurrently with the second degree murder sentence.

Celello dumped the body of Michael Cerillo in the Everglades off Alligator Alley after shooting him five times in his bed at their home in Sebring.

He told jurors in November that Celello had become irritated with Cerillo’s constant criticism of him. Jurors deliberated for about two hours before returning with a guilty verdict.

On the night of June 28, 2016, Celello grabbed a gun under the couch, walked to the bedroom and shot Cerillo then wrapped his body in a sheet and loaded it into in the back of the Lexus. On the way to the Everglades, he picked up a friend then headed to the swamp to dump the body.

After dumping the body, Celello stopped at a service plaza in Broward County. His friend, passed a note to an employee at the station, asking him to call the police because she had just seen her friend dump a body in the Everglades.

The clerk called the Miccosukee Police Department and an officer later stopped the Lexus and arrested Celello.

State Attorney Brian Haas thanks all law enforcement agencies, including the Highland County Sheriff’s Office, and Assistant State Attorney Houchin for their work on the case.

Mislovic, mentor to many, retires after nearly 30 years
Scroll to top