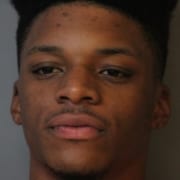 Joseph Gomes-Brandon was sentenced to life Thursday for the 2016 murder of Tyler Macklin. 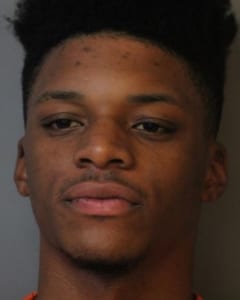 A jury found Gomes-Brandon guilty in November of first-degree murder, robbery with a firearm, burglary, and conspiracy to commit armed robbery.

Macklin was at home on the phone with his friend when two men broke into his house, robbed him, and shot him in the head.

Gomes-Brandon’s co-defendant, Jonathan Felix, was convicted of first-degree murder in September. Felix was sentenced to life in prison.

Gomes-Brandon, Felix, and a third co-defendant named Dylan Kindred decided to rob Macklin on the night of May 11, 2016.

Kindred orchestrated the entire robbery, but because he’d grown up with Macklin, Gomes-Brandon and Felix planned to enter Macklin’s duplex to steal from him while Kindred was waiting outside in the getaway car.

Gomes-Brandon and Felix kicked in Macklin’s front door and demanded cash and drugs while holding him at gunpoint. Macklin was on the phone with his friend, who heard a scuffle and then a gunshot.

A few days after Macklin’s murder, Kindred went to his grandmother’s pastor and confessed what he and his co-defendants had done. The pastor then convinced Kindred he should tell law enforcement, so Kindred turned himself in and confessed to the crime.