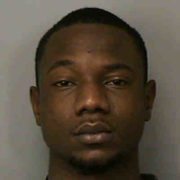 It only took jurors two hours at the end of a four-week trial to find Auban Carter guilty of first-degree murder. Carter was involved in a 2015 home-invasion robbery that resulted in the death of Kody Zawalski. Two others were critically injured in the incident, and a fourth victim was struck.

Carter was convicted Friday and was immediately sentenced to life in prison with no parole.

Levi Atkinson, who was shot and paralyzed during the shooting, told jurors what happened on January 11, 2015.

He and eight other friends were hanging out at their home when two armed gunmen came into the house demanding drugs and money. Atkinson was in the shower when Carter and his co-defendant entered the home, but he heard his brother’s voice and could tell something was wrong.

When Atkinson came out of the bathroom, he saw two men wearing bandanas over their faces – one was holding what appeared to be an assault rifle, and the other had a handgun. He told the gunmen that they didn’t have anything as his younger brother Tommy handed them a backpack.

That’s when a warning shot was fired.

“The reality of it set in,” Atkinson said, recalling that his ears were ringing. “They were actually about to shoot us.”
Atkinson told jurors that he was standing at the end of Carter’s rifle, with it pointed directly at him. Carter’s bandana mask was no longer covering his face, and Atkinson saw his face.

Carter tried to hit Atkinson with the butt of the gun, and then another shot rang out.

“That’s when Tommy got hit. He got shot in the chest,” Atkinson said.

He tried to push Carter out of the room, placing his left hand on Carter’s chest and pushing until he was through the front door. But when Atkinson turned around to run toward his brother, he heard another shot.

“I hit the ground so fast,” Atkinson said. “I instantly couldn’t feel my legs anymore.”

One of Atkinson’s friends picked him up and carried him out of the house as Carter continued to shoot at his friends – he heard at least 10 extra shots. As he was carried out, Atkinson saw his brother grasping at his wound and Zawalski lying on the kitchen floor.

Assistant State Attorney John Waters told the jury that there was a lot of circumstantial evidence linking Carter to the murder of Zawalski. His co-defendant also testified that Carter took part in the robbery and shot and killed Kody Zawalski.

Five of the victims all identified Carter in court, but the defense claimed that they were lying and colluding with each other. The defense even called in an expert witness to prove that point.

But Waters told the jury that two of the victims were inches away from Carter. Atkinson echoed that during his testimony in court.

In closing arguments, Waters reminded the jury about how Carter searched news sites for any mention of the shooting shortly after he committed it.

“You never look at the news and then all the sudden do hours after the murder, and you’re found in possession of the murder weapon,” he said. “There’s no logical inference anyone but the defendant did it.” 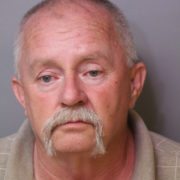 Harold Parker groomed his victims to both expect and accept his abuse. He bought the three victims clothes and toys while he took care of them after school, and when he’d end up alone with one of the girls, Parker would sexually abuse her.

After an hour and a half of deliberation, a jury found him guilty Oct. 11 of two counts of sexual battery and one count of attempted sexual battery. He faces a mandatory life sentence, which will be imposed on December 1.

When Parker babysat the girls every day after school, he would sometimes take them to the glass cutting shop he worked at. They would play games on the computer while sitting on his lap, and he would touch them inappropriately.

Parker would also abuse the girls in various places, waiting until he was alone with one of the girls before he touched her. On a few occasions, the youngest victim would ask Parker why he kept abusing her – he never gave her an answer but told her not to tell her mom.

A taped statement from the youngest victim was played in court, and the girl said she made excuses to stay away from him, but it felt like he still touched her every other time she went over to his house.

“It was whenever he could,” the victim said.

The oldest of the three victims was 10 when she finally realized that what Parker was doing to her was wrong. But their families had a falling out in 2012, and the girls didn’t run into him again for four years.

Randall said the victims’ grandfather was with them when they ran into Parker at a grocery store – he saw the girls’ expressions change from “happy go lucky to closed in and scared.” He realized something had happened between them, and Parker was reported to law enforcement.

A controlled phone call was conducted between Parker and the oldest victim. She told him that before he was allowed back in their lives, she wanted to make sure the touching never happened again.

“We’ll start fresh … It’s never going to happen again, dear,” Parker told her, “That I can promise you.”

On another controlled call, Parker said, “You’ll never believe how sorry I am for everything that happened in the past.”

The victim told him that she talked to her sister about the ways he abused them, and they never wanted it to happen again.

The defense attorney claimed Parker’s statements on the controlled phone call weren’t enough to prove he was guilty. He claimed that there was a rush to judgement because no medical or physical evidence existed – only statements from the victims.

Randall told the jurors that it was impossible for there to be any fingerprints or DNA from incidents that happened seven years ago. She also reminded them that there was evidence in that all three victims were consistent in who abuse them, where the abuse took place and the specific acts that happened.

But it was the phone call, Randall said, that provided proof beyond a reasonable doubt.

“It proves beyond all doubt that Harold Parker did something to these girls. … He accepted responsibility of it. He was in agreement with her and never denied it,” Randall told jurors in her closing argument. “The phone call was him acknowledging the abuse and admitting it will absolutely never happen again. He was apologizing. That all goes toward your conviction that this man committed this crime.” 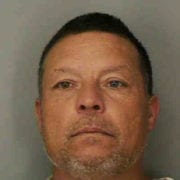 Jesus Sanchez Sanchez caused more than $120,000 in damage when he stole an excavator and used it to rip an ATM out of a Winter Haven bank. Sanchez Sanchez, 52, is a habitual felony offender and was sentenced to 30 years in prison Sept. 28.

Sanchez Sanchez stole the excavator and used it to rip the ATM out of the bank and place it in the bed of his truck. He and an accomplice then covered the mangled ATM with a tarp and drove on back roads in Winter Haven before being pulled over by law enforcement.

There was a 20-minute gap in the timeline where the defense claimed an accomplice dropped Sanchez Sanchez off to buy cigarettes and then used his truck to steal the ATM alone. But Assistant State Attorney Bonde Johnson – who tried the case alongside ASA Jennifer Van Der Burgh – told jurors that a bootprint found at the construction site where the excavator was stolen matched the boots Sanchez Sanchez was wearing at the time of the crime.

He also said a piece of the ATM that matched the stolen one was found in a neighborhood near the Winter Haven bank. After calculating how long it would take to drive the route Sanchez Sanchez and his accomplice took, there was only a 3½ minute gap

Not only would putting on a tarp most likely take two people, Johnson said, someone would need to drive the excavator while the other pulls the truck up to load the ATM into it and drive away. Johnson said that the crime would have been impossible without two people to execute it. 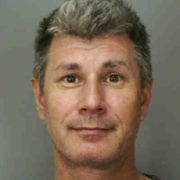 Even though she was highly emotional, Jon Moyer’s victim bravely took the stand at his sentencing hearing. She told the judge she’s trying to move on but still can’t understand why Moyer chose to hurt her.

Moyer started molesting her at the age of 7 and continued for 10 years. He was convicted of sexual battery by a person with familial or custodial authority within 15 minutes of his trial.

Assistant State Attorney Jennifer Swenson asked the judge to sentence Moyer to the max. The judge granted her request at the August hearing and sentenced Moyer to the maximum of 30 years in prison.

On a controlled phone call with the victim that was played during trial, Moyer told her that the sexual experiences they shared were beautiful “even though it was on the wrong side of the fence.”

Moyer told the girl he never just went through the motions of the sexual acts.

When Moyer was questioned from the witness stand about whether he sexually abused the girl, he replied, “I did nothing wrong.”

Moyer did not say anything during his sentencing hearing.