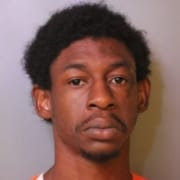 When Blake Fitez met Victor Manns Jr. to sell him an iPhone, he had no way of knowing the interaction would end in his friend’s murder. 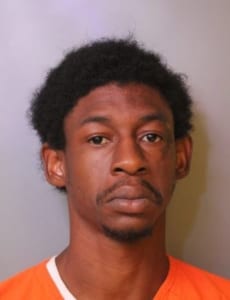 Jurors deliberated about two hours on April 24 before finding Manns guilty of first-degree murder, robbery with a firearm, burglary with a firearm, and unlawful use of a two-way communication device. Judge Harb immediately sentenced Manns to life in prison.

Assistant State Attorney Steven Alamia told jurors that Manns created a fake profile on the application Letgo, a site where you can buy or sell used items.

Manns reached out to Fitez as a Letgo user named Freddy James, stating he was interested in the iPhone Fitez was selling.

Fitez and one of his friends, Jeff Morrow, planned to meet Manns on Sept. 4, 2016 in the parking lot of a Lakeland Family Dollar.

Fitez and Morrow met Manns in the parking lot about 10 p.m., and they showed Manns the phone. Manns reached into the truck, snatched the iPhone from Fitez’s hand, and took off running across the parking lot.

Both Fitez and Morrow jumped out of the truck and began to chase Manns.

By the time Fitez made it to the truck’s rear tire, he heard someone say, “I have a gun.”

Seconds later, Fitez heard multiple shots rang out. He crouched by the tire and saw a bullet ricochet past his leg.

Fitez looked under the truck to see Morrow lying on the ground. He was later pronounced dead from a gunshot wound to the face.

In an interview with law enforcement, Manns admitted to shooting Morrow. He also made repeated statements about the amount of prison time he would potentially be facing.

“He was obsessed – not with the fact that someone died but that he would go to prison for a long time,” Alamia told jurors in closing statements.

The defense claimed there were too many holes in the case and that Fitez’s description of the suspect didn’t match Manns.

But Alamia pointed jurors back to the photos, reminding them that Manns and Freddy James are the same person.

“All of the evidence in this case points to this defendant,” Alamia said.