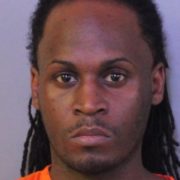 Noah Worthington was angry when he found out he’d been fired from his job as a truck driver. Another employee was sent to retrieve the truck from Worthington. But instead of gathering his belongings and handing over the keys, Worthington struck the employee and drove away in the stolen semi. A jury convicted Worthington on […] 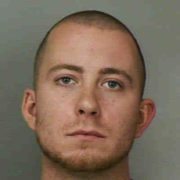 Nearly four years later, Martin Kelly still struggles to talk about the night Shelby Shull was killed by an intoxicated driver. Kelly was contracted to finish construction work on South Florida Avenue in Lakeland, and Shull was there to make sure he stayed safe as the work was completed in the early hours of the […] 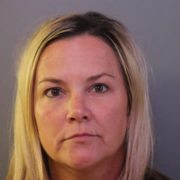 Ginger Collins pled guilty to stealing more than $100,000 while she was an administrator at McKeel Academy and Kathleen Middle School. Collins has already paid approximately $90,000 in restitution. She was sentenced Tuesday to four years in state prison, followed by three years of probation. The remaining $16,000 was ordered to be paid while she […] 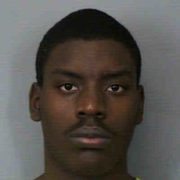 Bobby McNeal fled from law enforcement in a stolen vehicle before he crashed it into a tree, killing his 15-year-old passenger. McNeal pled guilty in November of fleeing to elude causing death, grand theft of a motor vehicle, burglary of a conveyance, and driving while license suspended or revoked. Without a plea agreement in place, […] 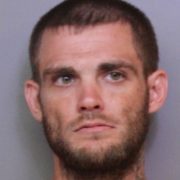 When Markus Locke confronted his victim about stolen motorcycle parts and received an answer he didn’t like, he shot him twice. After two hours of deliberation, a jury convicted 26-year-old Locke Jan. 10 of attempted second-degree murder and armed trespass. He is facing between 25 years to life in prison and will be sentenced March […] 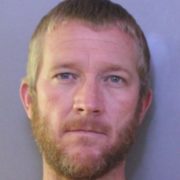 Jaron Skipper was high on methamphetamine when he slammed into the back of a city bus, critically injuring his two children who were improperly seat belted. A jury deliberated for less than two hours before finding Skipper guilty Saturday of two counts of DUI with serious bodily injury, two counts of neglect of a child, […]

Two months after returning home from serving his country in Afghanistan, 21 year-old and engaged to be married Army Veteran Michael Millan-Perez was on his way to work in the early morning hours of February 25, 2015. At that same time, drunk driver Nick Nicholas was on his way to a casino in Tampa, when he decided to stop his Chevy Tahoe, without any reason, in the left lane of Interstate 4.

Perez was killed when he crashed into the back of the Chevy Tahoe. Nicholas, who walked away from the crash, had a blood-alcohol level of .171, more than double the legal limit. With no plea agreement from the State Attorney’s Office, Nicholas entered an open plea to DUI Manslaughter on August 2, 2018.

Through a series of legal maneuvers and appeals, Nicholas was able to delay serving his prison sentence until yesterday, when he was finally taken into custody after exhausting his appellate options.

Assistant State Attorney Steve Alamia, a prosecutor who has been recognized by MADD for his advocacy on behalf of DUI victims, and former Assistant State Attorney Lori Winstead, represented the State during this 5 year prosecution. State Attorney Brian Haas is grateful for the work of the ASA’s and the Florida Highway Patrol. While Mr. Perez’s family will forever suffer because of Nicholas’ criminal act, we hope the defendant’s prison sentence provides at least some level of justice for the family.

State Attorney's Office, 10th Judicial Circuit
Today we honor the men and women who have died while serving in the military.

Prosecutor chosen to fill Polk judgeship vacancy
BARTOW – Assistant State Attorney Jennifer Swenson has been appointed to the Polk County bench, filling a vacancy created by the retirement of
theledger.com
81 5    yes
Please be advised that Florida has a broad Public Records law and all e-mail correspondence to this office or anyone employed here may be subject to disclosure. Under Florida law, e-mail addresses are public records. If you do not want your e-mail address released in response to a public-records request, do not send electronic mail to this agency. Instead, contact this office by phone or in writing.
Scroll to top